The Science of the Smithsonian 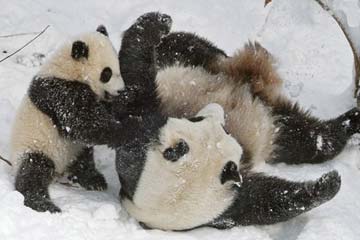 About 70 percent of the Smithsonian Institution's budget (or a little more than $760 million in 2010) comes from the federal government. The rest is made up of additional sources such as private contributions and retail revenues [source: Smithsonian Institution]. However, this money doesn't just go toward museum-orientated activities like preserving historic artifacts or building art exhibits, it also helps fund the Smithsonian's other, and original, endeavor: the pursuit of science.

It all stems from Smithson's initial stipulation: that the Institution which bore his name be dedicated to "the increase & diffusion of knowledge." To that end, the Smithsonian Institution is much more than a complex of museums all looking toward the past. It's also an active research engine with hundreds of scientists working diligently to untangle the mysteries around us and look ahead to solving any that might arise in the future.

Apart from carefully housing a great number of the specimens and artifacts that prove invaluable in the research efforts of many, the Smithsonian Institution engages in scientific activity in a number of ways. It runs nine independent research centers and has many additional ongoing research programs operating around the world, often in collaboration with peers from other scientific-minded organizations. When it comes to diffusing knowledge, they've got that covered by publishing papers, preparing cutting-edge exhibits and offering public classes. Students can also apply for fellowships, internships and volunteer appointments.

The diverse topics that have been studied recently by Smithsonian scientists range from avian flu and crystal skulls to jellyfish courtships and mapping Mars. One interesting project at the National Zoological Park involves the Genome Resource Bank. In it are preserved biological substances from numerous species in danger of disappearing, and it supports many of the conservation efforts that are being conducted to help push animal populations back from the brink in threatened habitats across the globe.

Needless to say, the Smithsonian certainly has a lot going on. If you're ready to do some discovering of your own, you can find links below to lots more interesting articles about everything from Noah's Ark to the Doomsday Ark.