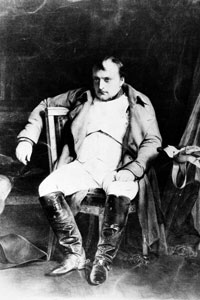 Napoleon Bonaparte was responsible for early expansion of the Louvre's collections through his conquests.
AP Images

When the monarchy's power began to dissolve, the royal art collections were nationalized. The earliest acquisitions of the Louvre came from the monarch's own collections.

François I in particular was an ardent admirer of art and, though unbeknownst to him at the time, would serve as its first great acquisitionist. The king's taste for art, combined with the wealth of the royal treasury, generated a collection so extensive that it wasn't fully cataloged until 1996 [source: Joost-Gaugier]. Francis I collected works by Raphael, Titian, Leonardo da Vinci and other contemporary Renaissance artists. In some cases, as with Michelangelo's statue, "The Slave," the king received the piece from the artist himself. Once the royal collection was secured, two more avenues of acquisition opened up: traditional purchases and war profits.

Napoleon Bonaparte contributed many of the acquisitions of the Louvre. Napoleon's conquests elsewhere in Europe -- Italy in particular -- would yield troves of artwork as spoils of war. Under the direction of Dominique Vivant Denon, the Louvre's collections expanded tremendously. In many cases, Denon traveled to regions newly conquered by Napoleon's armies to select the art that would be removed. Within many of the treaties signed by nations like Germany, Austria and Spain, which had submitted to Napoleon's rule, were lines giving full control over artwork to the French [source: Brooks]. These works would find their home in the Louvre.

Napoleon paid for at least one collection: The Borghese Collection, consisting of 695 pieces from Greek and Roman antiquity, cost France 12 million francs, but yielded an enormous expansion of additional art for the museum [source: Melikian].

Plunder also expanded the Louvre's collections. As the field of Egyptology grew, the Louvre dispatched archaeologists to the country to conduct digs and bring antiquities back to the museum. The Louvre -- along with just about every other museum operating at the time -- removed thousands of artifacts that lay buried beneath the sands of Egypt for millennia. Egypt has recently demanded the return of its national treasures from museums around the world. In 2009, the Louvre returned four mosaics the Egyptian government requested. It has also returned much of the thousands of pieces of Holocaust art -- pieces looted by the Nazis that France was accused of holding in the late 1990s [source: Doborzynski].

The Louvre's collections are also enriched by donated pieces from private collectors and their heirs; the Louvre's Curator Committee decides whether to accept the pieces. The museum also maintains an acquisition budget of 20 percent of the annual revenue from its admission fees. In 2009 that amounted to a reserve of about 7.9 million euros ($10.6 million) for new works [source: New York Times]. 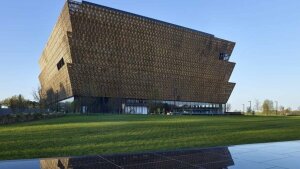