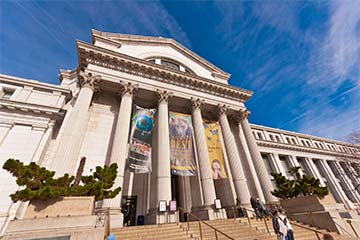 The Smithsonian Institution is home to some 137 million objects and counting.
Gary D'Ercole/Photolibrary/Getty Images

At times, that so-called attic gets a good going-over, such as when the museum's 267 curators led an army of employees through what was cheerfully dubbed the "Great Counting" back in the early 1980s [source: Time]. That first massive inventorying endeavor highlighted just how much stuff the Smithsonian had squirreled away.

The mark of successful Smithsonian curators and collections managers could very well be the soul of an avid pack rat, and as any good pack rat knows: Everything is fair game to consider keeping. The institution's eclectic collections are a case in point. Ruby slippers, shrunken heads, dinosaur poop, poison darts, barf bags, insect eggs (that have been known to hatch and start munching on beleaguered botany specimens), astronaut boots, old advertisements, tribal textiles, presidential garb -- not even gallstones are too lowly to be saved. Plus, some of the items in the Smithsonian's care aren't even American in origin, like the stuffed remains of white rats used on the Soviet side of the Space Race.

What's more, the team at the Smithsonian does nothing halfheartedly. Who wants one example of an artifact when you can have 50? Or 500? And don't even think about skimping on specimens. At the time of the "Great Counting," the Smithsonian was crammed with deceased organisms of all sorts, including more than 3,000 sea slugs, 50,000 flies and close to 115,000 bird eggs. Beetles were represented by a massive 7 million specimen collection, and there were reportedly even several million samples of good old-fashioned dirt packed away. Cataloguers expected the total number of artifacts to be around 78 million but discovered they had 100 million objects instead [sources: Time, Smith].

Ready to read more about some of the stranger items somebody thought the Smithsonian needed? On the next page, we'll discuss artifacts that captured a slightly morbid slice of American history.