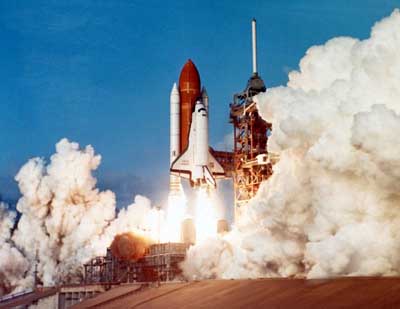 Cape Canaveral is a barrier island off the east coast of Florida that's spacious enough to include the 58,000-acre Canaveral National Seashore, John F. Kennedy Space Center and Cape Canaveral Air Force Station. Its 220 square miles are covered by marshes and many miles of shimmering beach. Visitors are welcome at the Kennedy Space Center, whose tours give an in-depth behind-the-scenes look at NASA, including visits to launch pads and rockets.

Outer space may be the island's main attraction, but Cape Canaveral proves that Earth has its share of beauty and mystery, too. The space center borders the Merritt Island National Wildlife Refuge. There, manatees may graze underwater in the shadow of a launch pad, and endangered sea turtles swim to shore to lay their eggs in the silence of the night.

The cape is home to many exotic wildlife species. Canaveral National Seashore records indicate there are 1,045 plant species and 310 bird species in the park, including endangered creatures such as the peregrine falcon, the West Indian manatee, the southern bald eagle, and the eastern indigo snake. The park's 24 miles of undeveloped beach comprise the longest stretch on the east coast of Florida.