Mount­ Everest is the h­ighest point on planet Earth. Because of this unique distinction, humans have been climbing it since Sir Edmund Hillary's first successful ascent in 1953. The peak of Everest is located in Nepal and stands tall at 29,035 feet (8,850 meters) above sea level [source: mnteverest.net]. The mountain itself shares a border with both Nepal and Tibet. Because of the severe weather at the summit, climbers rarely attempt to complete the trek outside of the May to June window, when the jet stream is pushed north. Even then, the weather is pretty inhospitable. An average day in May 2008 saw a high temperature of minus 17 degrees Fahrenheit (minus 27 degrees Celsius) and winds of 51 miles (81 km) per hour [source: USA Today].

­At other times during the year, the jet stream passes directly by the summit and winds can blow at hurricane strength -- 118 miles (189 km) per ho­ur -- and temperatures can dive as low as minus 100 degrees Fahrenheit (minus 73 Celsius) [source: teameverest03.org]. Add to this the fact that there's less than one-third the amount of oxygen in the air compared to sea level, and you can see why Everest adventurers have their work cut out for them.

Still, this doesn't stop the adventurous spirit. The downside to having that spirit is that it could lead to your death. Everest News estimates that, as of 2004, more than 2,000 people had successfully reached the summit, while 189 died trying. If you're one of the roughly 150 people to attempt to scale Mount Everest in this year, there's something you'll be sure to see along the way -- dead bodies.

­Of the­ 189 people who have died in their attempts, an estimated 120 of them remain there [source: philippine-everest.com]. This is a gruesome reminder to those who attempt to reach the summit of just how perilous it can be. The simple reason that the bodies of dead climbers are scattered about Mount Everest is that it's too dangerous and difficult to try to remove them. Reaching the summit of Everest is a physical challenge unlike any other on Earth. To attempt to bring a dead body or a stranded climber down would take too long and likely leave the climbing team stranded overnight. This makes rescue attempts virtually suicidal.

Most of the bodies are located in the "Death Zone," the area above the final base camp at 26,000 feet (8,000 meters). No one has ever studied the cause of death, but fatigue and the elements certainly play a large part. Many of the bodies are frozen in time, the corpses in tact with climbing rope still around their waists. Other bodies lie in various states of decay. Because of this, some experienced Everest climbers have made efforts in recent years to bury some of the more accessible bodies on the mountain. Climbing teams from China have led expeditions to clean up some of the estimated 120 tons of trash left behind each year [source: ABC News]. During these clean up efforts, the team plans to remove any bodies it can safely reach and carry back down.

In 2007, Ian Woodall, a British climber, returned to Everest to bury the bodies of three climbers he passed on his way to the summit. One of the climbers, a woman named Francys Arsentiev, was still alive when Woodall reached her during his initial ascent. Her first words to him were "don't leave me behind." The grim reality, though, is that Woodall could not have done anything for her without jeopardizing his own life or the lives of his team members. He was forced to leave her to perish alone.

Climbing Mount Everest has become much safer over the past decade thanks to advances in technology and climbing gear. Satellite phones allow a climber to stay in contact with base camp to get constant updates on weather systems in the area. A better understanding of exactly what kind and how much gear to take has also caused the death toll to drop dramatically. In 1996, there were 15 deaths and a total of 98 successful summits. Just 10 years later in 2006, there were only 11 deaths and an estimated 400 summits [source: Outside Magazine]. The total fatality rate over the past 56 years is nine percent, but as of 2004 that percentage had dropped to about 4.4 percent [source: wisegeek.com]. 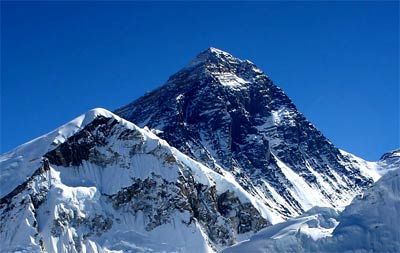 Up Next
How Climbing Mount Everest Works
Explore More 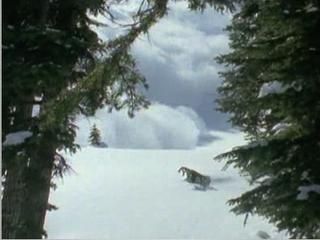 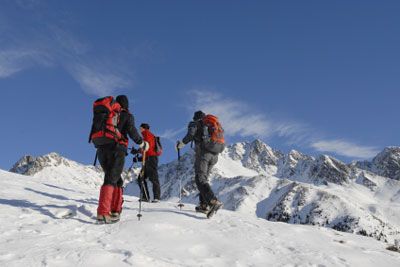