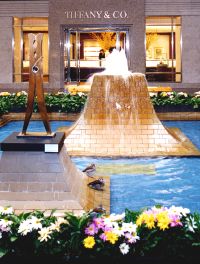 Shopping is more than an activity in Dallas; it's almost elevated to sport status. In spite of fierce competition from Houston and San Antonio, the Big D remains the capital of Texas's shopping scene, with mega malls as well as specialty shopping.

The city draws both consumers and retailers, thanks to the Dallas Market Center, the world's largest wholesale merchandise market, and the original Neiman-Marcus Department Store, a true symbol of Texas wealth.

Fort Worth also tempts shoppers with malls and specialty shopping, especially for Western wear, while Grand Prairie is home to Traders Village, one of the area's largest flea markets, open every weekend.

Insider's Guide: The Best of Shopping in Dallas

Several Dallas malls draw travelers, including NorthPark Center (8687 N Central Expressway), fresh off a $170 million expansion and renovation and tempting with its day spa and high-end shops like Neiman Marcus and Tiffany & Co.

Highland Park Village (Mockingbird Lane and Preston Road) is still ultra elegant with boutiques featuring everything from Chanel to Jimmy Choo. The chi-chi Dallas Galleria (Interstate 635 LBJ at Dallas North Tollway) is known for its sculpture and high-end stores.

For all its mall offerings, however, the city also offers many trendy options including West Village (3699 McKinney Ave) in Uptown Dallas, known for shops ranging from Ann Taylor Loft to the edgy Cowboy Cool. Another option is Knox-Henderson District (North Central Expressway between Knox and Henderson sts), named for two streets near the Southwest Methodist University campus. Along with its dining options, the district is known for furniture stores like Crate & Barrel and antiques galleries, many located behind 1920s storefronts.

For retailers, the Dallas Market Center (2100 Stemmons Fwy) is a world onto itself. The market is the world's largest for wholesale shopping and hosts more than 50 markets a year showcasing home furnishings, gifts, fashion accessories, Western apparel, and more.

No matter what your nighttime pleasure, you'll find it in the Big D. Go to the next page to learn about some of the best nightlife and entertainment options.