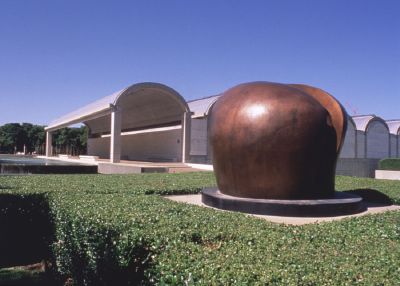 Dallas has become a center of culture. With institutions such as the Dallas Museum of Art and the Morton H. Meyerson Symphony Center, home of the Dallas Symphony Orchestra, the Dallas Arts District is among the most significant in the United States.

Highbrow visual and performing arts are just one aspect of the city's art scene, however. Smaller galleries and affordable art festivals play an important role as well. Uptown Dallas is home to a growing number of small galleries, most within walking distance of each other, and many galleries have extended hours the first Friday of every month.

Several arts-based festivals are held each year. The fairly new Dallas City Arts Festival, held in the Arts District each June, features fine art displays and multicultural performances and is growing in popularity.

Insider's Guide: The Best of Arts & Culture in Dallas

The well-known Dallas Museum of Art (1717 North Harwood St), founded in 1903, is home to an expansive collection of ancient American, African, Indonesian, and contemporary art ranging from Renoir and van Gogh to O'Keefe and Wyeth. The museum is the anchor of the Dallas Arts District.

Other neighbors include the Morton H. Meyerson Symphony Center (2301 Flora St), which serves as the permanent home of the Dallas Symphony Orchestra.

You can also visit the Margaret and Trammell Crow Collection of Asian Art (2010 Flora St) or the Nasher Sculpture Center (2001 Flora St), the world's first museum focusing on modern and contemporary sculpture housed both indoors and out.

Fort Worth's own Cultural District is another favorite with art lovers. The district houses five top museums, including the Kimbell Art Museum (3333 Camp Bowie Blvd, Fort Worth), often called "America's best small museum" and boasts one of the largest collections of Asian art in the Southwest and a survey collection that ranges from Rembrandt to Picasso.

The Amon Carter Museum (7501 Camp Bowie Blvd, Fort Worth) has grown to almost 240,000 objects focusing on many types of 19th- and 20th-century American art. Two rooms are devoted to Russell and Remington; other collection areas include works by Winslow Homer, Eliot Porter, and Thomas Eakins as well as a strong collection on American photography, started when Dorothea Lange offered the museum her studies of Charles M. Russell.

The Modern Art Museum of Fort Worth (3200 Darnell St, Fort Worth) holds the title as the oldest art museum in Texas, founded in 1892, and is noted for its collection of works by Picasso, Pollock, Lichtenstein, and others.

The performing arts also play a vital role in both Dallas and Fort Worth. The Dallas Music Hall (909 1st Ave) is located at Fair Park and is home to both the Dallas Opera and the Texas Ballet Theatre. The hall is an attraction in itself, dating back to 1925 and filled with Moorish touches, all in a Spanish Baroque-style structure.

In Fort Worth, the Nancy Lee and Perry R. Bass Performance Hall (525 Commerce St) is one of Texas's most notable concert halls. Along with traveling shows, the hall is the permanent home of the Fort Worth Symphony Orchestra, Texas Ballet Theater, Fort Worth Opera, and the Van Cliburn International Piano Competition and Cliburn Concerts.

Fort Worth is also home of the Casa Manana Theatre (3101 W Lancaster). The theater offers self-produced shows featuring both local and Broadway talent.