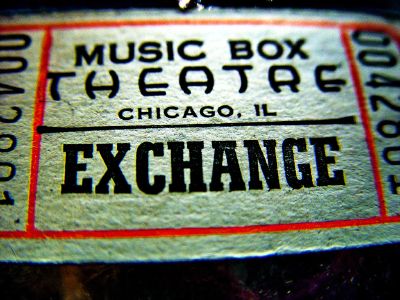 As befits a major city, Chicago doesn't shut down when the sun sets. But what sets Chicago apart is its lack of pretension: although the city has its share of see-and-be-seen spots, you won't be judged uncool if you avoid the velvet ropes. The quintessential Chicago nighttime hangout is the neighborhood tavern, where locals go to hang out and catch up without worrying about VIP lists.

Chicago's late-night entertainment options are especially rich; on any given night, you can catch live performances of dance, opera, and a wide range of music. The city is nationally known as a center for live theater, with a number of hometown troupes that perform everything from musicals to political dramas.

The city is also the home of Second City, the country's best-known Improv comedy troupe. Although Chicago is known as a hotspot of the blues, it's also boasts a rich tradition of independent rock acts, with plenty of smaller clubs where you can catch a show by the next big thing.

Insider's Guide: The Best of Nightlife & Entertainment in Chicago

Insider's Guide: The Best of Nightlife & Entertainment in Chicago

The Note (1565 N Milwaukee Ave) features live rock, funk, jazz, blues, Latin, and Big Band performers, and its incredible jukebox is an appropriate backup. Two bars serve any drink you can imagine, and pool tables are located behind the stage. For a real treat, stop by on Thursday nights when the Chicago Samba School performs. Across the street is the Double Door, which features mostly up-and-coming local rock bands and non-arena rock bands.

Funky Buddha Lounge (728 W Grand Ave) is a premier dance lounge with leopard-skin sofas, lots of candles, and antique light fixtures salvaged from an old church. The DJs will get you moving on the nice-sized dance floor with hip hop, soul, underground house, and popular dance tunes. If you want a pre-club cocktail or just a taste of one of Chicago's many charming "old man bars," jaunt across Grand Avenue to Richard's Bar, where you'll get friendly service from a staff of legendary bartenders.

Crobar (1543 N Kingsbury St) is an enormous warehouse that can hold 800 people with DJs playing any mix of music imaginable. The dance floor and raised platforms are the place to see-and-be-seen with an incredible surround sound and light system. Specialty stations throughout the room serve as backups for the four main bars.

Le Passage (One Oak Place) has patrons entering through an alley, past a beautiful blond hostess, and descend the stairs into a 10,000-square-foot subterranean speakeasy. You can dance the night away to talented DJs or hang out at two bars or Yow Bar, a comfy VIP area.

Narcisse (710 N Clark St) has an upstairs bar area draped in velvet and gold with French-Victorian/Roman-Greco decor and another bar downstairs complete with a full-size bed. The list of champagnes, high-end scotches, cognacs, and ports are impressive.

Although Second City gets most of the national press, Improv Olympic (3541 N Clark St) is another topnotch troupe with equally impressive alumni (Mike Meyers, Amy Poehler) and a not-as-touristy clientele. If you've got the stamina to keep going into the late hours, the longest-running show in Chicago is the quirky "Too Much Light Makes the Baby Go Blind" by the Neo-Futurists, a plucky, low-budget ensemble on the far North Side. The show may sound gimmicky -- the group performs 30 super-short plays in 60 minutes, choosing the order based on audience suggestions -- but the performances end up being both funny and emotionally affecting. Performances start at 11:30 pm Friday and Saturday nights.

Improv Kitchen (3419 N Clark St) is an interactive and surreal dinner theater spot, where improvisation comedy is delivered through plasma TVs at each table.

ESPN Zone (43 E Ohio St) is the place to go to enjoy good food and watch a sports event. The first-floor restaurant has a big-screen TV, but if you don't want to watch that game, you can have a sound feed piped to your table that corresponds to one of the many different TVs elsewhere in the room. The second floor has a games and amusement center offering virtual golf, video bowling, indoor rock climbing, pinball, or car and motorcycle racing video machines.

Webster's Wine Bar (1480 W Webster Ave) is an intimate, largely-candlelit bar serving an extensive list of wines and a light menu of pates and cheeses. Its two floors are filled with tables and overstuffed coaches, and an outdoor patio is available during summer. Rotating exhibits of local artists grace the walls.

If you're determined to hang out with the beautiful people while you're here, the current VIP stop of choice is Reserve (858 W Lake St), a lounge in the burgeoning West Loop. But come prepared to pay up: to get a table, you'll have to order pricey bottle service rather than individual drinks. The upside? This place offers the occasional glimpse of a celebrity who's swinging through town and a crowd that revels in its status as eye candy. Rockit Bar at 22 W. Hubbard also gets its fair share of celebrity sightings.

The Gene Siskel Film Center (164 N State St) is a modern screening room that shows international films in monthly themed series, and it's also a good place to catch up with little-seen classic films that aren't available on video. The Music Box Theater in Lakeview and Facets Multi-Media also feature independent, classic and foreign films and are a must-visit for film enthusiasts.

Chicago might strike you as a hard-working city, but that doesn't mean you can't kick back and relax while visiting this city's lakefront park system, botanical gardens, and upscale spas. Keep reading to learn more about relaxing and unwinding in Chicago.