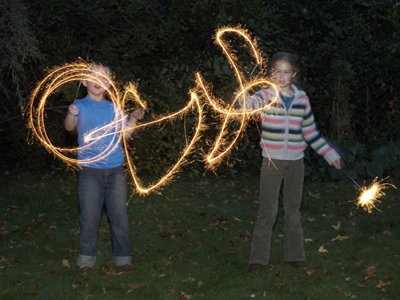 Sadly, children with xeroderma pigmentosum can only play outside under the light of the moon.
Simon McComb/Getty Images

There's a rare skin disorder that's almost certain to kill you. It's called xeroderma pigmentosum (XP), and it only affects one out of every million people. A person who is stricken with XP is highly sensitive to sunlight -- so much so that they can never go outside during daylight hours. It's a cruel disorder that ends up claiming most of those afflicted by middle age, typically from skin cancer. The disorder is caused by a defect in the genes, so it's inherited at birth. It's rare because a child needs to inherit the gene from both parents.

UV exposure is the killer in this case, and it doesn't have to come from direct sunlight. Any kind of indirect exposure to the sun's rays or even UV light from fluorescent light bulbs can cause serious damage. There are only about 250 documented cases in the United States and most of them are children. If you have XP, you're more than 1000 times as likely to develop skin cancer as someone without it [source: Free]. That number could even be as close as 2,000 times as likely [source: Xeroderma Pigmentosum Society].

Sufferers of XP are forced to take great precautions throughout their lifetime. House windows are retrofitted with UV blocking tinting, and days are spent indoors for the most part. To a large degree, many people switch their daytime and nighttime habits and activities since each and every UV exposure causes cumulative and irreparable damage. The disorder is typically caught between one and two years old, and there is no cure. Some of the early warning signs are blistering and freckling from minimal exposure to the sun and premature aging of the lips, eyes, skin, mouth and tongue.

There is some hope for children who think they can never go outside and enjoy the daylight hours. NASA has developed a special "cool suit" similar to the ones used for space missions that is an effective UV blocker. The suit is pricey -- at $2,000 -- but it blocks 99.9 percent of UV rays and has allowed some children to play outside for the first time in their lives.