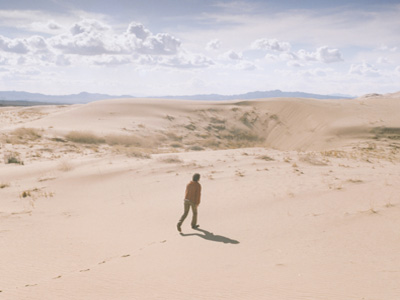 Heat stroke is common for desert hikers, and it can kill you.
Sylvia Otte/Getty Images

One way tha­t the sun can kill you is by giving you a heat stroke. This is when your body is unable to cool itself down, and your body temperature rises above 104 degrees Fahrenheit (40 degrees Celsius). The human body has its own built-in cooling system. When we get overheated, we get rid of the excess heat by sweating. Under normal conditions, even when it's really hot, this temperature control mechanism does the job. But sometimes even a heavy sweat won't do the trick, and the body begins to overheat. The process from this point goes from heat cramps to heat exhaustion and finally to heat stroke.

Each of these is counted as its own heat-related illness, and they're all treated the same. You need to get cooler, plain and simple. Shade, air conditioning and drinking plenty of cool water can typically stop the overheating process at the cramping and exhaustion phase. If you're unable to cool yourself, heat stroke will be next. You'll know you're having a heat stroke if you notice the following:

If you're unable to cool down, you can actually die from heat stroke. Many times, shock will set in, which can cause damage to your major organs. Even if you don't fall into shock, your overheated body will cause your internal organs to swell, leading to serious internal damage and potential death.

The most likely candidates to be killed by heat stroke are the very young and the elderly. Infants up to four years old strapped into a parked car in the sun are at a very high risk because of the extreme heat and the fact that they can't care for themselves. The elderly are affected in the same way -- sometimes the heat stroke comes on so quickly that they aren't able to combat it in time.