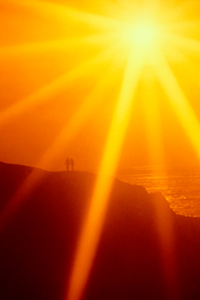 Anyo­ne who's ever made it through the fifth grade can probably tell you that the sun is a star. It's one of the cooler early facts a kid learns, mainly because the sun do­esn't look anything like­ other stars -- at least not to the naked eye. The sun looks so much different because of its proximity to Earth. It's much closer than other stars, which makes it look like the bright, burning ball of gas that it is, rather than a tiny light twinkling in the distant darkness. We're talking close in a universe kind of way -- 93 million miles (150 million kilometers) from Earth to be exact [source: High Altitude Observatory].

The sun is also huge -- if it were a hollow sphere, more than one million Earths would fit inside of it. And if you were to take a car trip to the sun, it would take about 176 years to get there if you drove 60 miles per hour (96.5 kph) all day, every day [source: High Altitude Observatory]. That's one heck of a road trip. Luckily for the Earth, the sun comes to us. It takes about eight mi­nutes for light from the sun to reach us. That light, heat and energy are essential to our existence. Without the sun, Earth would be a big, dark, lifeless frozen sphere hurtling through the universe.

­The sun has been shedding light and energy on Earth for about 4.5 billion years, even though humans have only been around to enjoy a fraction of it. And while it provides us with life, it can also ­be dangerous. After all, the center of the sun burns at roughly 10 million degrees Fahrenheit (5.5 million degrees Celsius). That's a lot of heat, and if you're not careful, it can cause a lot of damage. Looking directly at the sun, even for a few minutes, can permanently blind you. Not only that, but the sun can actually kill you in certain circumstances.

How the Sun Works 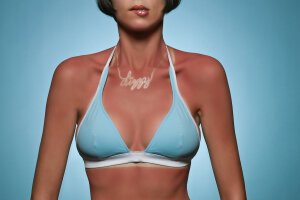 How Sunburns and Sun Tans Work 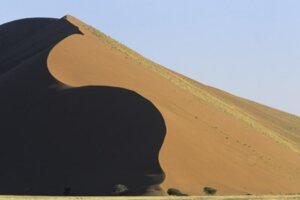