Can You Be Addicted to Travel?

by Dave Roos Jun 23, 2017
Do you plan your next trip while you're on your current one? Are you trying to visit all the countries in the world? Could you be addicted to travel? Oscar Wong/Getty Images

Last summer, Harry Mitsidis and seven traveling buddies took a cruise along the arctic coast of Russia. Embarking from the far eastern province of Chukotka — directly across the Bering Strait from Nome, Alaska — the ship made land at some of the least-visited and most inaccessible spots on the globe: the New Siberian Islands, Franz Josef Land, and the high-arctic archipelagos of Severnaya Zemlya and Novaya Zemlya.

As you can guess, Mitsidis isn't your conventional traveler. As the creator of the website The Best Travelled, he's made it his mission to visit every inch of planet Earth. And he's not alone. Hundreds of fellow super-travelers track their progress on his website toward the ultimate goal of stepping foot on all the world's 1,281 "regions" (smaller than countries, sometimes larger than states, depending on how much there is to see).

"All of us were getting this adrenaline rush," Mitsidis says, describing the "high" of checking off six of the most difficult regions in Russia, where weather is highly unpredictable. "You had all this psychological buildup. Are we going to make it? Are we not going to make it? The other people on the boat just couldn't understand us. They thought we were absolutely mad, because we really had to land."

Mitsidis is a self-described travel addict. In 2008, he completed all 192 member countries in the United Nations (he picked up the 193rd, South Sudan, when it became the world's newest country in 2011).

"When I was toward the end, maybe 70 countries or less, every new country I would land in would definitely give me this rush — 'I'm here, I've done it!'" says Mitsidis via Skype in Florence, Italy, where the 45-year-old UK native was, not surprisingly, traveling. "The harder the country would be, the more difficult the destination, the greater this rush or feeling of achievement."

People like Mitsidis undoubtedly have an overcharged urge to explore remote destinations and take unnecessary risks to experience things that few others have experienced, but does a compulsive appetite for novelty — perhaps at the expense of personal relationships and regular employment — qualify as an addiction?

Kenneth Leonard is skeptical. As a clinical psychologist and director of the Research Institute on Addictions at the University of Buffalo, Leonard sees some clear similarities between "behavioral addictions" — gambling and shopping, for example — and the drug and alcohol addictions that he researches, but he worries that further expanding the definition of addiction to include things like travel can do "grave injustice" to the true nature of addiction.

The brain of a person who is addicted to a drug, explains Leonard, undergoes physiological changes that make it nearly impossible to live a normal life. Overstimulated by rushes of dopamine, the brain starts to turn off its dopamine receptors, requiring more of the drug to provide pleasure. Eventually, tolerance becomes so high and withdrawal so painful that the individual is using not to feel good, but simply not to feel awful. The single-minded pursuit of the drug ruins careers and relationships, and all too often ends in tragedy.

Seen in this light, it's hard to imagine how the perils of excessive travel could hold a candle to heroin or alcohol.

"What we know about neuroscience of addiction suggests that it's fueled by a short-term experience of intense positive feelings," says Leonard. "It's hard to think about travel in that way."

Matsidis, the competitive traveler, disagrees. He believes that travel addiction exists precisely because of the intensely positive experiences he's had of not only seeing exotic and far-flung locations, but of knowing that all his planning and hard work — overcoming visa hurdles, booking a biplane in the jungle, negotiating passage into a warzone — has paid off.

That said, Matsidis is quick to throw quotes around his "addiction."

"My only objection to using the term 'travel addition' is that I can't really see the downside of it," he says. "By definition, it's not a bad addiction."

Asked if he's met anybody in his travels who fouled their relationships, lost a job or engaged in highly risky behavior to chase their travel habit, Matsidis said yes, but that travel wasn't necessarily to blame.

"Some people manage to balance the travel addiction with having a conventional life. Other people may not balance things so well," says Matsidis. "There are a number of people who are divorced and can't keep a relationship because they're always traveling around. I wouldn't blame the travel itself. If things go wrong in other aspects of your life, it may be the other aspects that were wrong to begin with."

The question of whether excessive traveling counts as an addiction is a thorny one, and it's one that's been asked about other behaviors that most people can enjoy in moderation — gambling, internet use, sex — but trigger life-altering addictions in others.

Marc Potenza, a psychiatry professor at the Yale University School of Medicine sees many of the same core features in behavioral addictions as with addictions to substances like drugs and alcohol.

"Continued engagement in a behavior despite adverse consequences, compulsive engagement, a craving state prior to engagement, and diminished control over engagement in the behavior," listed Potenza in an interview with the National Center on Addiction and Substance Abuse. He noted that gambling is the only behavioral addiction listed in the Diagnostic and Statistical Manual of Mental Disorders (DSM-5), but other disorders could be added as more research is done.

There's also evidence showing that some people are more prone to addictions of all kinds. Leonard points to a condition called Reward Deficiency Syndrome, where for genetic or environmental reasons an individual's brain has fewer dopamine receptors, requiring larger "jolts" of dopamine to feel pleasure. This deficiency may or may not be related to a personality trait called "pleasure-seeking" that's also markedly high in some individuals, leading to restlessness and risk-taking behavior ranging from promiscuous sex to fast cars.

When does compulsive and potentially dangerous behavior become an addiction? Science doesn't have any definitive answers just yet. But is it possible that the rush of travel could be enough to push someone across that line? Even Leonard, the skeptic, sees a path.

"If a person really values the intensely positive experience of being someplace new and novel, you can see them developing — I have a hard time bringing myself to calling it an addiction, but — a 'high motivation' to engage in that behavior," Leonard says. "If they do not have other kinds of controls, other things in their lives that give them that positive feeling, that protect them against engaging in excessive behaviors, you can see them really going off the deep end with regard to traveling."

Now That's Interesting
In her TED Med talk, neuroscientist Nora Volkow, director of the National Institute on Drug Abuse, compared brain scans of drug addicts and morbidly obese people showing the same shrunken "reward" regions, leading to her conclusion that foods high in fat, sugar and salt can enslave the brain as powerfully as cocaine.

When Your Face Is Your Boarding Pass 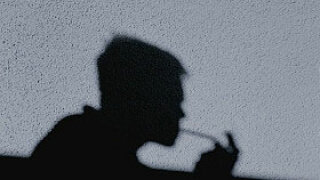 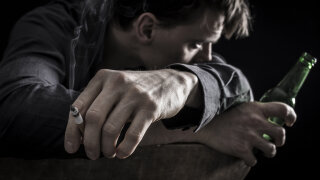 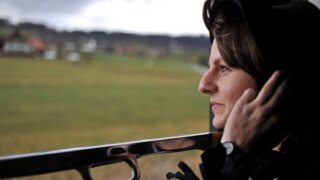 Can travel change you? 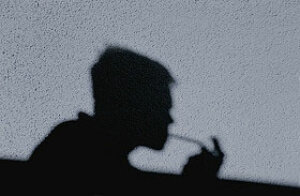 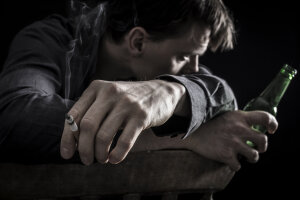