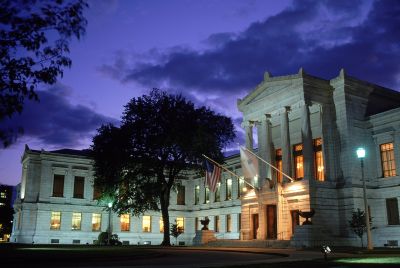 Boston is passionate about its art and culture. As you would expect from a city whose nickname is the "Athens of America," Boston has high-brow culture galore. The Museum of Fine Arts, The Gardner Museum, and The Fogg are among the best art museums in the country. Classical music lovers, too, will find plenty to enjoy in Boston. The Boston Symphony, the Boston Ballet, and the Boston Lyric Opera present a full season of performances from September through June. And in the Theatre District, there are always several touring Broadway musicals and plays onstage.

Boston has a vibrant contemporary art scene too. The Boston Pops regularly showcases jazz and contemporary music. The Berklee College of Music and the New England Conservatory feature performances by well-known visiting guest artists and up-and-coming student talent. Regarding the visual arts, both the Museum of Fine Arts and the Institute of Contemporary Art are in the midst of expanding their contemporary art collections.

Insider's Guide: The Best of Arts & Culture in Boston

Insider's Guide: The Best of Arts & Culture in Boston

The phrase "world-class" is used a lot in Boston, and there isn't an institution in the city that deserves the accolade more than Boston's Museum of Fine Arts (465 Huntington Ave). The museum houses an extraordinary collection of more than 450,000 items, including paintings from European Masters, a comprehensive display of American paintings, and decorative arts and sculpture from Egypt and the ancient world. You'll also find a much underappreciated gallery of contemporary art. For time-pressed visitors in a city with way too much to do, note that the museum is open seven days a week and late at night, until 9:45 pm Wednesday though Friday.

The Isabella Stewart Gardner Museum (280 The Fenway) is a small jewel box of an art museum built in 1901 in the style of a 15th-century Venetian palazzo by Boston socialite Isabella Stewart Gardner to house her private art collection. The Gardner Museum's central courtyard is filled with orange and palm trees, the soothing sound of water, and seasonal blooming flowers that serve as a lovely respite from the mayhem of the city.

Another Boston cultural gem is Symphony Hall (301 Massachusetts Ave). Built in 1900, this is considered by many as one of the finest concert halls in the world. If you visit, you will find that it's the home of the Boston Symphony and the Boston Pops.

Boston always celebrates Independence Day in grand style. Each year, half a million people throng the Esplanade to see the Boston Pops Free 4th of July Concert and fireworks. You can see the same Pops concert, the 4th of July Free "Preview" show, at the Esplanade on July 3rd. There are no fireworks on that day, but since the preview concert draws an audience of 10,000 people, you can sit in the grassy oval and enjoy the Boston Pops up close and personal.

The Bernard Toale Gallery (450 Harrison Ave) is the place to view some of today's up-and-coming artists and perhaps even buy a piece that moves you. Established and today's new artists display their drawings, photographs, paintings, and sculptures here, so you can get your hands on a cutting-edge creation. If you go, it's best to allow yourself one or two hours to take it all in.

The September 2006 re-opening of the Institute for Contemporary Art (100 Northern Ave) is one of the most highly anticipated cultural events to occur in Boston for years. The new waterfront home of the ICA features a bold, cantilevered glass building. The expanded gallery and performing art space will house an international contemporary art collection and feature both well-known and emerging artists.

Where else can you find three for the price of one? The Harvard Museum of Natural History includes the Museum of Comparative Zoology, and the Mineralogical and Geological Museum, but the real star is the Botanical Museum. The glass flower exhibit is simply exquisite. The life-size glass models of flowers (there are 3,000 of them) were made in the late 1800s in Germany and were used to teach biology. One admission fee grants access to all three Natural History Museums.

As one would expect from a city with so many historical ties, Boston is liberally peppered with landmarks and architecturally significant buildings. On the next page, learn about some of Boston's architectural highlights.