How the Bermuda Triangle Works 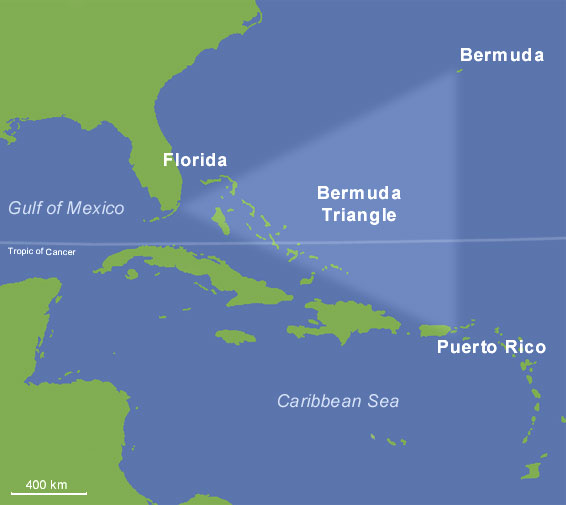 A detailed map of the area usually referred to as the Bermuda Triangle. The actual geographic boundaries are undefined and often shift.
Bermudan_kolmio.jpg/Wikimedia

Centuries before anyone had ever heard of the Triangle, the island of Bermuda developed a reputation as a mysterious, dangerous place where mariners faced peril. A 1609 pamphlet described the island as "a most prodigious and enchanted place, affording nothing but gusts, storms and foul weather," and even compared it to the Scylla and Charybdis, the Aegean Sea monsters mentioned in Homer's "The Odyssey." Some have pointed to Bermuda as a possible model for the site of the shipwreck depicted in William Shakespeare's play "The Tempest [source: Stritmatter and Kositsky].

But it wasn't until 1964 that the idea of the Bermuda Triangle being a mysteriously perilous place emerged. That's when Argosy magazine published an article titled "The Deadly Bermuda Triangle," which cited a string of shipwrecks and aircraft disappearances in the area, and offered atmospheric aberrations or magnetic disturbances as possible explanations [source: Gaddis].

Interest in the Bermuda Triangle continued to grow after publication of "The Bermuda Triangle," a book by Charles Berlitz and J. Manson Valentine, which sold millions of copies [source: Shermer, et al.] Producers of a 1974 documentary, "The Devil's Triangle," narrated by horror movie star Vincent Price, offered a $10,000 reward to any viewer who could solve the mystery. TV series such as "Wonder Woman" and "Scooby Doo" used the Bermuda Triangle as a setting for episodes, and Milton Bradley marketed a Bermuda Triangle game. The Triangle featured in the 1977 Stephen Spielberg movie "Close Encounters of the Third Kind." The band Fleetwood Mac even did a 1974 song, "Bermuda Triangle," which warned that "it might be a hole in the ocean, or a fog that won't let go" that was causing the disappearances [source: Eddy].

Yes, the '70s were prime time for the Bermuda Triangle, even as researchers who fact-checked the mystery found holes in its claims. When Fate Magazine contacted Lloyd's of London in 1975, for example, the insurer wrote back to say that its statistics didn't show that unexplained disappearances occurred there any more frequently than in other aquatic areas. The U.S. Coast Guard said it had investigated many of the incidents and found that known environmental factors, such as weather, were the likely explanations for ships' and planes' disappearances [sources: Williams, Naval Historical Center]. Pilot, librarian and author Larry Kusche, meticulously researched incidents featured in Bermuda Triangle accounts and found that many of them had in fact occurred far from the typical Triangle area.

John Reilly, a historian with the U.S. Naval Historical Foundation, told National Geographic News in 2003 that because the Triangle has a lot of traffic, it's only to be expected that some ships and planes would go down there. He compared it to "saying that there are an awful lot of car accidents on the New Jersey Turnpike" [source: Mayell].

Next, we'll look at some early well-known incidents that have been attributed to the area. 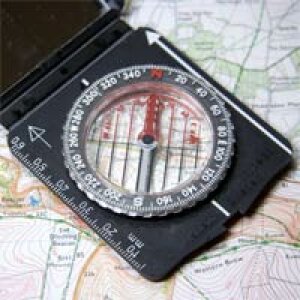 How a Compass Works