These American landmark pictures range from the natural wonders of the United States to famous works of architecture. How many of these landmarks have you visited? 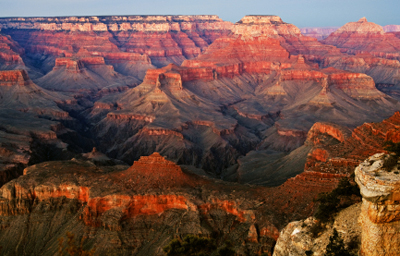 Visitors to Arizona's Grand Canyon National Park endure the sweltering heat of the southwest to experience the majesty of a natural wonder. The canyon attracts nearly 5 million visitors each year who hike, raft, bike and even ride mules through the park. 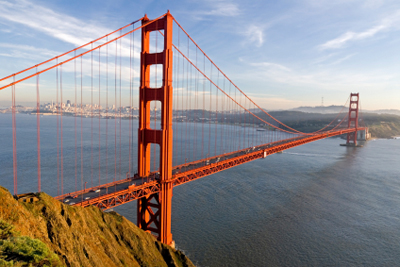 Since its completion in 1937, the Golden Gate Bridge has stood out against the backdrop of San Francisco's blue sky. Famous for its unique color, deemed "International Orange," this suspension bridge supports about 9 million people each year. 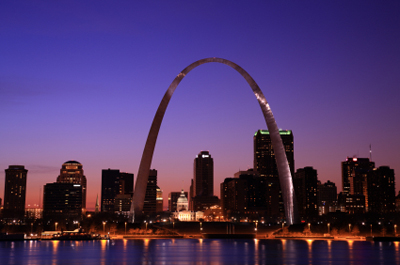 The Gateway Arch in St. Louis marks westward expansion across the Mississippi River. At 630 feet tall, the arch is more than twice the size of the next American landmark. 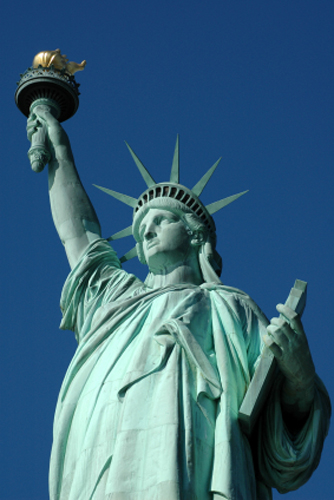 Built in 1886, the Statue of Liberty stands as an international greeting of welcome to immigrants to the U.S. Lady Liberty has seen many changes take place from her home in New York Harbor, but she's adapted to the times -- she even has a Twitter account. 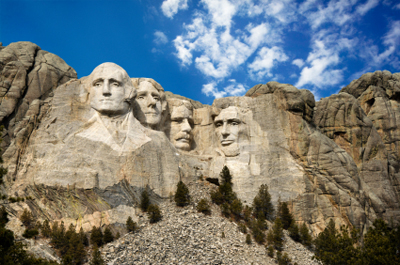 Presidents Washington, Jefferson, Roosevelt and Lincoln are forever immortalized on Mount Rushmore in South Dakota. Park staff have begun a 3-D laser scanning project to create models of the sculptures in case something happens to the originals. 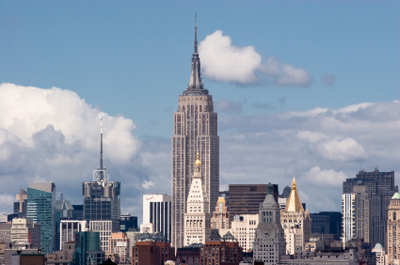 No matter how many skyscrapers are built or how tall they are, the Empire State Building stands out against the New York City skyline. Tourists can see panoramic views of city from the observation deck. 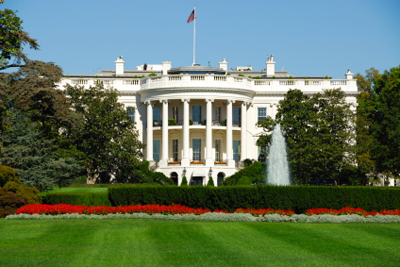 Did you know the Obamas live in a national park? The most famous address in the U.S., 1600 Pennsylvania Ave., sits in President's Park and is open to the public -- as long as you have a minimum of nine friends to go with you. 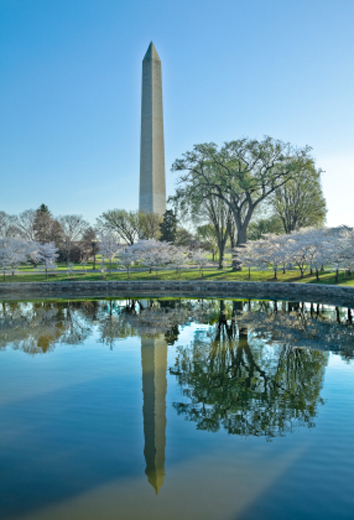 The Washington Monument is one of the highest points in Washington, D.C., and, currently celebrating its 125th birthday, one of the oldest. The unique structure is an obelisk, an ancient Egyptian monument design. 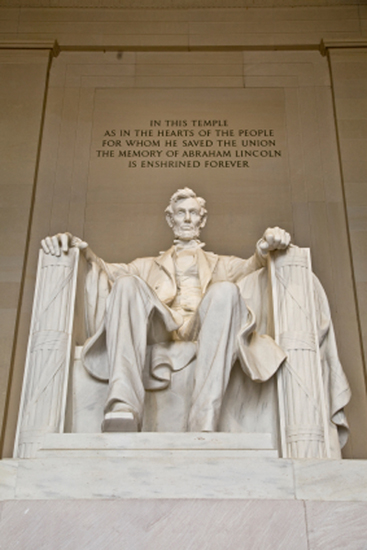 Across the reflecting pool from the Washington Monument, the Lincoln Memorial houses a 19-foot-tall statue of the 16th president. The exterior was modeled after the Parthenon and served as the backdrop for Martin Luther King Jr.'s "I Have a Dream" speech. 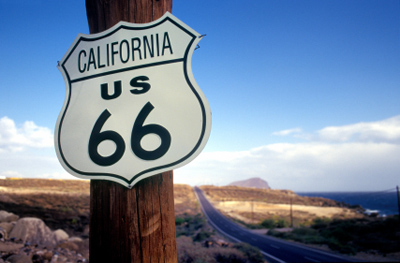 This historic U.S. highway, stretching from Illinois to California, is where drivers got their kicks when the road opened in 1926. Though the scenic "mother road" has since been replaced by superhighways, its signs still dot the western landscape. 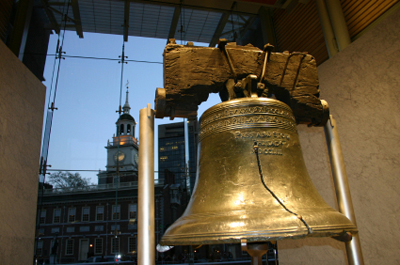 Even with a deep crack running along its side, the Liberty Bell still sits proudly in Philadelphia, our nation's former capital. It hasn't been rung since 1846, but it's "tapped" 13 times every Fourth of July to represent the original 13 colonies. 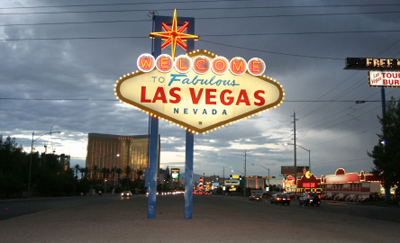 Buried deep in the Nevada desert, Las Vegas is an oasis for anyone who loves gambling, food, shopping and nightlife. The "Welcome to Fabulous Las Vegas" sign lets visitors know that the they're almost to the strip inside Sin City. 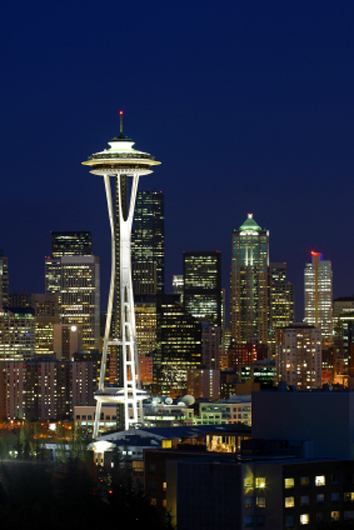 Seattle's Space Needle was built in 1962 and opened just in time for that year's World's Fair, when more than 2 million people visited the architectural wonder. The 605-foot-tall structure was built to withstand strong winds and the endless Seattle rain. 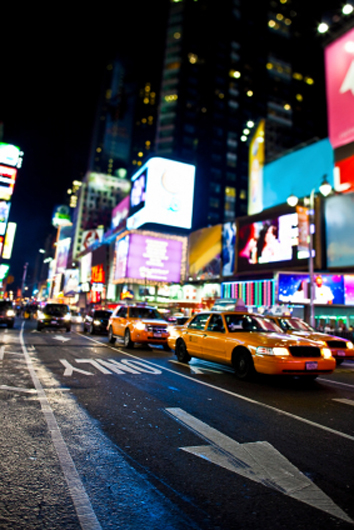 Swarmed with people and lit up with signs at all hours of the day, Times Square truly represents New York as the city that never sleeps. People from all over the country visit the square on New Year's Eve to celebrate and watch the ball drop. 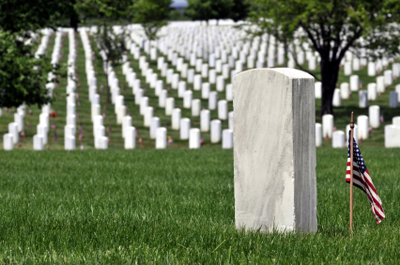 There is no greater representation of U.S. military sacrifice than Arlington National Cemetery. More than 300,000 people are buried there, men and women serving in every American war from the Revolution to present conflicts in Iraq and Afghanistan. 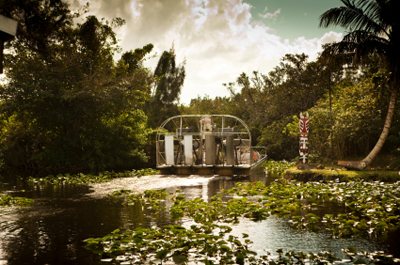 The Florida Everglades is a unique ecosystem, full of fascinating animals and plant life. Lucky visitors can get a good view from docks and air boats. Be sure to wear plenty of protection to avoid the attack of one particular life form -- the mosquito! 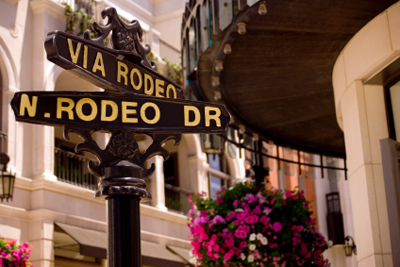 Soak up the California sun strolling along one of the most famous streets in Los Angeles. Without even entering one of the many designer clothing stores, you can still feel like a celebrity -- ritzy Rodeo Drive has that effect on people. 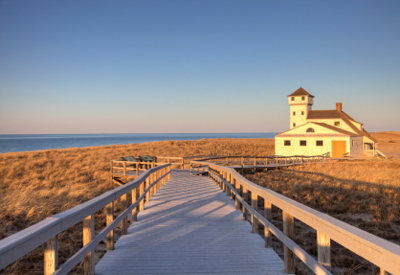 Any seashore beautiful enough to inspire the writings of Henry David Thoreau can surely provide a fun day of sun and surf for beachgoers. Cape Cod, on the coast of Massachusetts, is dotted with historic New England lighthouses. 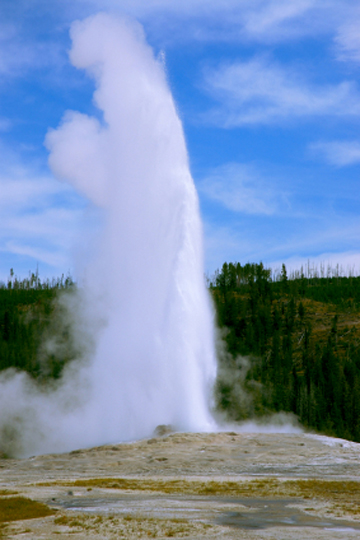 Few things in life are certain besides death, taxes and Old Faithful. Yellowstone's largest geyser erupts every 74 minutes on average -- that's about 20 times a day. 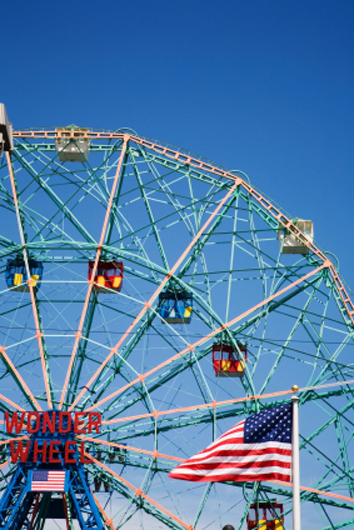 Coney Island has maintained its turn-of-the century charm just outside the hustle and bustle of New York City. If you take part in the famous Nathan's Hot Dog Eating Contest on the Fourth of July, just make sure you ride the rollercoaster before eating.