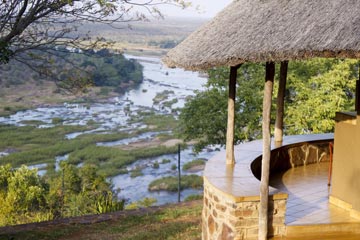 Accommodations on safari can vary from a luxurious resort hotel to a primitive campsite or even a luxurious campsite, depending on the type of tour you signed up for, so make sure you're clear before you leave home about what sort of situation to expect when you get there. That way, you not only can pack appropriately but mentally prepare. Safari is about adventure, so expect surprises along the way!

In general, be prepared for limited to no access to electricity or telephone, (unless you're staying at a resort or lodge) though your guide should have a radio to communicate in case of emergency [source: Eye on Africa]. We're very used to being plugged in, so it may take a couple of days to adjust to life without ready access to your computer and smart phone.

When you're on safari you'll most likely go on two game drives each day: one at dawn and one in the late afternoon that lasts until dusk. Different animals are active in the early morning and in the evening. Your excursions will probably include rides out in the van or Land Cruiser, but there might also be a good bit of walking to spot more skittish animals, like birds.

Meals follow the game drive pattern. You'll eat a light breakfast before the sunrise game drive and return around 10 or 11 for a large brunch. There'll be tea and a light snack in the afternoon and after the evening drive at sunset, you'll have a full dinner. During the hottest part of the day, the animals are inactive and generally resting – you might want to do the same!

Keep in mind, a safari is not a zoo. You may not see all the animals that are in the area. That's part of the excitement – watching your guide check out the animal tracks to see which animal passed through recently and then heading off in that direction. Some sharp-eyed tourists might even spot an animal before the guide does.

If you combine your safari with some time in the city, be prepared for all that your African country may have to offer. Some cities might be far more modern than you expect and not that different from a European city (for example Cape Town in South Africa). Others might be very crowded, with rutted roads and buildings in need of repair. Keep your mind open to see beyond the surface – it helps to do some reading and checking of Web sites from the country you plan to visit so you'll know what to expect.