by Stephanie Crawford
Prev NEXT
2 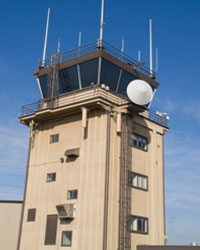 Too much highway traffic can make you late to work, and too much air traffic can delay your flight.
iStockphoto/Thinkstock

Airports can experience traffic congestion like busy highways during rush hour. If you're looking to avoid tarmac delays from heavy traffic, a closer look at the data can help you figured out the busiest days and times of day.

Airport data reveal that while holidays can be busy times, they aren't the busiest days of the year as you might expect. For example, according to an analysis of federal flight data from 2007, the most flights per day for Minneapolis-St. Paul International Airport (MSP) occurred on Thursdays and Fridays in June, during the month of July and around spring break. The most hectic days of November and December aren't even in the airport's top 100 busiest days [source: Welbes and Webster]. In the nation's busiest airport, Hartsfield-Jackson Atlanta International Airport (ATL), in an average week in September 2010, Thursdays were the most passenger-heavy days. The busiest times of day were between 5 and 6 a.m. and between 1 and 8 p.m. [source: CBT].

Even if the airport and airline are handling arrivals and departures efficiently, air traffic control (ATC) may be the bottleneck as it works to handle all the flight traffic and ensure safe routes. Just like traffic cops rerouting cars and trucks past an accident or road construction, air traffic controllers must reroute aircraft past bad weather, security threats or just an increased number of other planes in the same air space.