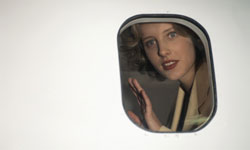 Stuck waiting on the tarmac? Wonder what's going on out there? This article describes the top five reasons for your delay.
David De Lossy/Photodisc/Thinkstock

Imagine this scenario: You've just stowed your carry-on luggage in the overhead bin, turned off your mobile phone and settled into your window seat with a good book. After a few minutes, the captain announces there's an issue with some important-sounding part of the airplane and that it's going to take about half an hour to repair. Meanwhile, a thunderstorm rolls in and other flights get backed up waiting to take off or land. Two hours later, about the time you should have arrived at your destination, your flight finally takes off.

If you fly a lot, chances are good that you'll experience occasional delays. Data from the U.S. Department of Transportation reveals that out of 6,450,118 domestic flights from January through December 2010, 79.8 percent were on time. That was as high as 85 percent in April and September and as low as 75 percent in February.[source: RITA] With thousands of domestic and international flights arriving at U.S. airports each day, adding up to millions each year, those airports have to coordinate traffic carefully, even when every flight is on time.

Even when you find your flight delayed, you probably won't experience the extensive delays and overlapping causes described above. In fact, starting in April 2009, the U.S. DOT could fine airlines if passengers on an airplane with 30 seats or more were stranded the tarmac for more than three hours [source: Stoller]. This article looks at the top five causes of flight delays at U.S. airports that could leave you stranded on the tarmac.