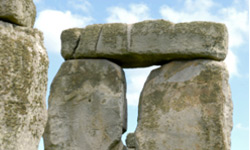 There are still lots of architectural mysteries out there. See more pictures of famous landmarks.
©iStockphoto.com/SAV

Millennia from now, future archaeologists will probably wonder why France decided to build a big metal tower in the center of Paris. They'll come upon the ruins of Las Vegas and puzzle over why 20th century humans built a glitzy metropolis in the middle of nowhere. They'll find the ruins of the Brooklyn Bridge and marvel over how it could have been constructed using only steam-powered machines.

For modern archaeologists, the ancient world continues to hold many secrets. Civilizations disappear, and thousands of years later, researchers are left to pick through the ivy-covered ruins of their cities.

The following is a list of five awe-inspiring sights whose codes haven't been cracked yet. Who built them? Why did they build them? Did humans even build them at all? 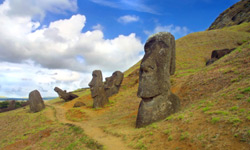 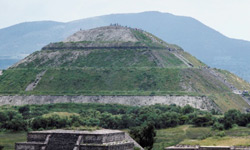 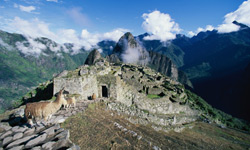 While clearing the Costa Rican jungle for banana plantations in 1940, employees of the United Fruit Company began uncovering large stone spheres buried in the forest floor.

Almost immediately, the mysterious spheres became prized lawn ornaments, ending up on the front yards of government buildings and fruit company executives throughout Costa Rica. Many spheres were broken in transit, and others were purposely dynamited by treasure hunters.

It was a sorry fate for one of the region's greatest archaeological treasures. Hundreds of spheres, ranging in size from a basketball to a compact car, have been unearthed in the last 70 years. Carved by the ancestors of Costa Rica's indigenous people, the near-perfect spheres would have needed to be shaped using only other stones, since they didn't have access to metal tools. Sphere-carving was much more than a passing fad: Archaeologists estimate that native Costa Ricans were carving spheres from as early as 600 AD to as late as 1500 AD [source: Hoopes].

Archaeologists remain stumped over the purpose of the spheres. The people who made them had no written records, and their culture was decimated soon after the Spanish conquest. Much like the Easter Island moai, one theory assumes that the spheres were simply status symbols. The stones also might have once been arranged into massive patterns that had astronomical significance. Since almost every sphere has been moved from its original location, however, researchers are sceptical that the true meaning of the spheres will ever be discovered.

Sometimes, the mysteries of the past are merely the result of cultural prejudice. In 16th century Rhodesia (modern-day Zimbabwe), Portuguese traders came upon the ruins of Great Zimbabwe, a massive stone city built by the ancestors of nearby Bantu tribes. Confident that no African tribe could have erected the city, for years the white supremacist government of Rhodesia tried to solve the "mystery" of how Arabs or Europeans had built a city deep in the African savannah. 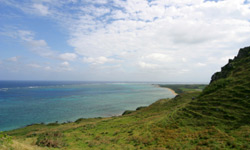