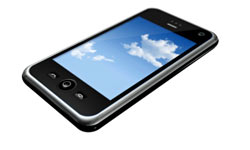 Even if you don't have reception, your cell phone still sends signals to any nearby towers, making it more likely rescuers will locate you if you're stranded or lost.
iStockphoto/Thinkstock

The temptation to unplug completely from technology is particularly strong -- and totally understandable -- while on vacation. After all, few things are more annoying to your friends and family than when you whip out your cell phone on a beach or during a hike to check your work e-mail. While it's understandable to heed that impulse to disconnect, choosing to at least tuck away your cell phone (preferably in a compartment deep in your backpack, so you're not tempted to peek at it) could end up being one of the best decisions you make should an unexpected crisis arise. That's because cell phone towers are so ubiquitous these days, located in even remote areas, that there are only a handful of locations where you would be unable to call for help if lost or in trouble [source: Nester].

Even in cases when there is no cell phone coverage, having a mobile device with you can help rescuers locate you. This was the case in a tragic instance in Oregon in 2006, when an editor from CNet and his family were lost during a snowstorm [source: Reardon]. Sadly, the editor died when he left his car stranded in the snow and attempted to find help on foot. But his wife and two children were saved because rescuers were able to locate the family because -- even though a call wasn't possible -- their cell phone was still sending out signals to a nearby tower, making it possible for rescuers to locate them. Even if communication isn't possible at all, bringing a cell phone along can still be an aid to potential rescuers: The bright glow from the screen can serve as a tiny lighthouse or beacon [source: Nester].

Continue reading to find out how fashion can keep you safe.