by Julia Layton
Prev NEXT
8

Matoaka hopes to connect to the Hatfield-McCoy Trail System, named for the famous feuding family from the area. The Hatfields are pictured above. © CORBIS

The tiny town of Matoaka in West Virginia has a flooding problem. Officials there have been planning to dredge its creek for years, with the main goal of making the town safer for residents. But there's a second, rather lofty drive behind the dredging: Dry ground makes for happy ATV riders.

Matoaka has been vying to become part of the collection of ATV routes known as the Hatfield-McCoy Trail System, which would put the town on the map as a tourist destination for ATV riders [source: Jordan]. Flooding makes for a muddy trail, so the town hopes its project -- which involves moving sediment the entire length of the town -- will help it secure a link to the popular trail network through the Pocahontas Trail System, a West Virginia-based addition that opened in 2012 [sources: Jordan, HMT]. 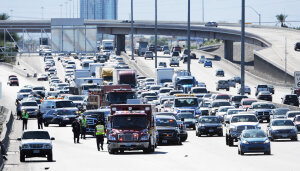