by Jane McGrath
Prev NEXT
2 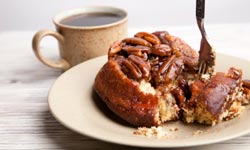 Sticky buns and coffee offer a nice diner treat before you hit the road in the morning.
©iStockphoto.com/Alejandro Photography

After you've satisfied your hunger with a street meal of meat and potatoes, you might be craving a dessert to complete your day on the road or walking through the city. Lucky for those of you with sweet-tooths, dessert carts are increasingly popular.

Cinnamon buns (aka sticky buns) are another specialty of Philadelphia vendors. They are dough that has been rolled up with a cinnamon-sugar filling and cut into slices before being baked. Known as "schnecken," cinnamon buns are believed to date back to the Middle Ages and share a similar lineage to pretzels, coming over to America through the Germanic heritage of Pennsylvania Dutch.

Cupcakes, previously associated with simple home-baking, are now very fashionable and have even crossed over to gourmet thanks to popular posh bakeries, according to author Krystina Castella. As a result, cupcake carts have popped up on streets all over the country. Dating back to at least the 1820s, they were a quick and easy alternative to baking a full-sized cake [source: Castella]. 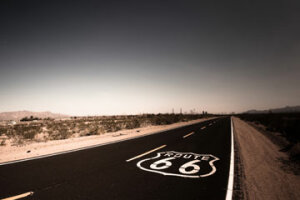 What's so special about Route 66?