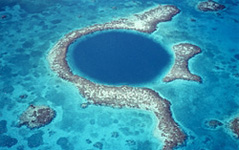 Image Gallery: Lighthouses An aerial view of Belize’s Lighthouse Reef, near where the lighthouse at Half Moon Caye once stood. See pictures of lighthouses.
James Strachan/Getty Images

Staff evacuated Belize's Half Moon Caye Natural Monument in September 2010 as Tropical Storm Matthew closed in. When they returned on Sept. 30, they found the island's 190-year-old lighthouse had fallen into a heap of rubble at the edge of the sea. Since the lighthouse had been taken out of use in 1997, erosion had moved the water closer and closer to it. The storm was the last blow.

A similar fate threatens lighthouses around the world. People have built lighthouses since the ancient Egyptians erected one on the island of Pharos at Alexandria around 285 B.C. One of the Seven Wonders of the Ancient World, that lighthouse is gone, probably toppled by an earthquake.

The first lighthouse in the United States, in Massachusetts' Boston Harbor, went up in 1716. The British destroyed it 60 years later during the American Revolution.

Lighthouses have been made of wood, stone, concrete, brick, cast iron and steel. Some include living quarters for the keepers. However, GPS, radio and other modern communications have rendered most of the world's lighthouses obsolete. Those still in use have been automated; many have been decommissioned.

When a lighthouse is deemed unnecessary, the agency responsible for it often can't justify money for upkeep. Most lighthouses fall victim to neglect and erosion related to the sea and weather. Sometimes, people realize their value and try to preserve them. Often, as in the case of Half Moon Caye, they're too late.

This list of endangered lighthouses, drawn up with the guidance of Russ Rowlett of the University of North Carolina at Chapel Hill, includes 10 that are seriously threatened, but could be saved with prompt action. 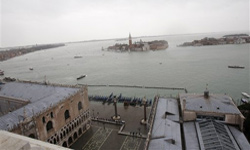 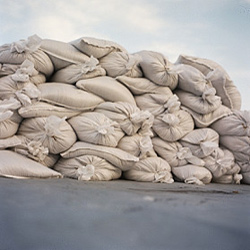 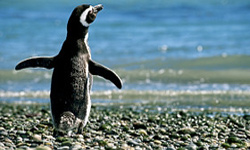 Penguins make themselves at home on the island that bears their name.
Thomas Schmitt/Getty Images

In the far southeastern coast of Argentina, off Patagonia, in a cold, remote area that's uncomfortably close to Antarctica, lies Isla Pingüino. The desolate island can be reached only by helicopter or boat. It's a nature preserve, home to a large colony of penguins that don't mind the cold, wetness and wind.

In 1903, a 72-feet (22-meter) high lighthouse was built of masonry and topped with cast iron. A one-story building served as quarters for the keeper, but that's now falling apart.

Harsh conditions and the remoteness of the island -- not sea erosion -- have harmed the lighthouse. An automated light is still active, but the lighthouse is in very poor condition. Without maintenance, the tower will go the way of the keeper's house. 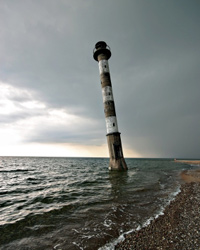 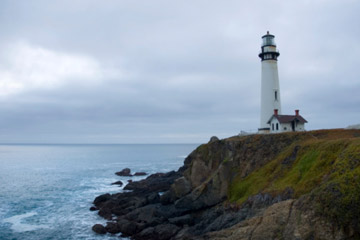