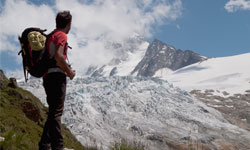 What should you do on your next adventure? See more Mount Everest pictures.
Buena Vista Images/Lifesize/Getty Images

Traveling should be more than just getting on a plane, staying in a hotel and traipsing around well-worn tourist spots while taking snapshots of famous landmarks you've seen in books. If you're lucky enough to find yourself vacationing in a foreign country, realize the experience for what it is: a potential adventure, and a chance to make memories you can't make anywhere else.

Here are 10 ideas for getting the most out of an overseas trip by seeking out thrills and daring experiences that you can't get anywhere else. With a little planning, you can make it a vacation to remember.

Surfing is a particularly American sport -- especially popular in Hawaii and California, of course -- but it's rapidly spread around the world and is a big pastime and tourist attraction in sunny, beachfront locales. The perfect wave can be found (and will go to) anywhere. Costa Rica, Indonesia, South Africa, and Brazil have active surf cultures that are open to travelers, but it's Australia's Gold Coast that has earned the nickname "Surfers' Paradise." Comprising more than 44 miles (70 kilometers) of beaches, there are four main surfing points that offer the tastiest waves: The Spit, Main Beach, Narrowneck and Palm Beach. It's also subtropical, so it's warmer surfing than the often cold southern California morning waters. 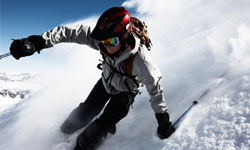 For those of you willing to brave the cold, there's always skiing.
Poncho/Taxi/Getty Images

Overseas adventuring below the equator leads to surfing in the sun; overseas adventuring far, far above the equator leads to winter sports in beautiful alpine weather. Skiing and snowboarding are hard to miss while traveling in places like Norway and Western Europe (there are hundreds of ski resorts in the Alps). That is, if you don't mind packing your snowboard or skis and hauling them across the world with you (or renting some when you arrive). Make sure to research your ski destination with an eye toward matching your level of skill and experience. Inclusive deals are a way to save money, as ski resorts clumped together geographically may offer passes to come and go freely between locales (the Zermatt area in Switzerland is one example).

When traveling overseas, you might as well go big and see the most remote parts of that country -- and if you're experienced, you can climb its mountains. Check with the Union Internationale des Associations d'Alpinisme (UIAA) for information on specific mountains in different parts of the world, and what special gear or rules you may have to follow, including pre-climb paperwork. The UIAA sponsors climbing camps, particularly for young people, so you can sync up your trip with an expedition to scale foreign mountains with local hosts, as well as learn about pre-climb checklists. Do some research before you leave to make sure you match a peak with your particular skill and experience level in terms of difficulty and altitude.

The English name for the UIAA is the International Mountaineering and Climbing Federation. 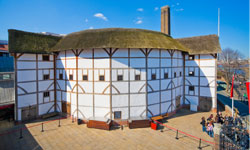 Turn your trip into an appreciation of Shakespeare.
Pawel Libera/Britain on View/Getty Images

Themed vacations are a lot of fun if you have a particular interest and are traveling to a place where that interest was born, cultivated or has a lot to offer. London is a world-class city with lots to see, certainly, but it's also rich with theatrical history. A visitor could see Shakespeare's Globe Theater one day, and then travel to Shakespeare's birthplace in nearby Stratford-Upon-Avon the next day. A trip to Northern California has lots of outdoor pursuits, or it can be filled with visits to the area's great number of wineries. There are no rules, and if you only want to see and do certain things, it's a great way to overload on a favorite pursuit.

While someone's fear might be finding himself in a country where he can't speak the language, another's biggest fear might be jumping out of an airplane. Why not beat both bears at once and go skydiving in a foreign country? First of all, the view from thousands of feet above the ground is a great way to see a your vacation destination. Second of all, you're on vacation: Do something that's crazy (but still safe, of course). The sport is disproportionately popular in New Zealand. The town of Lake Taupo on the North Island has a population of 22,000 people, but 30,000 people jump out of planes there (mostly in tandem formations) via one of its three skydiving services. That means there's always a plane going up, and the prices are competitive. So really, you don't have any excuse. 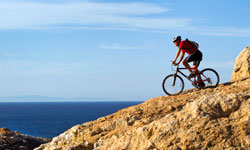 Biking can be one of the most exciting ways to discover a region.
Howard Sayer/Photolibrary/Getty Images

Bicycling is one of the best ways to get you out of the densely populated and tourist-heavy areas and out into the natural beauty of the countryside of your exotic destination. Any stable region with large swaths of nature offers bike tours. An agency may offer guided tours or simply directions on what path to take for a safe, enjoyable journey. Don't dismiss the idea of a guide -- they're experts on local history and culture, and can recommend great cafes, restaurants or sites to check out on the bike tour. Nevertheless, always travel in groups, with someone stationed at the front and rear of your pack.

Here's another way to go beyond the usual hotspots while traveling: Dive down about 30 feet (9.1 meters) and explore the plants and animals of your destination's shores and reefs. Generally, because you're presided over by a scuba service and attached to an oxygen supply, you don't have to be the best swimmer, and can focus on exploring rather than staying afloat. Belize's Barrier Reef is warm year-round and home to friendly manatees that reportedly swim close to divers. Koh Tao is a party destination for young revelers around the world, but its reef offers a large population of white sharks. And of course, you could also check out Australia's Great Barrier Reef, technically the largest living structure on Earth. 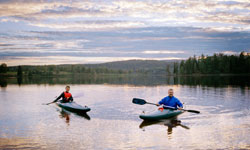 The best places to sail a kayak (or one-man canoe) are bodies of water near land that won't wash you out to sea, but will still offer a little bit of motion to make the experience fun and exciting. The Shetland Islands off the coast of Great Britain aren't too choppy, and the water isn't as bitter cold as one would expect from its geography. It also offers a complex network of accessible sea caves. Coastal kayaking and canoeing in Scotland, meanwhile, offers sandy beaches. Affordable and knowledgeable tour guides and equipment are abundantly available for this particular adventure.

It's admirable and healthy to keep up with your fitness goals on vacation, but there's a big difference between running on the hotel gym's treadmill versus going on a daylong running trip, or challenging yourself to a marathon in an international locale. Many travel companies like Run of the World specialize in putting together running vacations to Europe centered around noncompetitive fun runs or world-class marathons, such as the London Marathon or Amsterdam Marathon. It's certainly a unique way to sightsee, running through the streets of major world cities with the traffic blocked off. Running the Athens Marathon is even educational, replicating the historical ancient Olympic experience. And unlike other adventure vacations, you don't need to much additional gear besides running shoes, nor will you risk getting lost -- so long as you follow the marathon course. 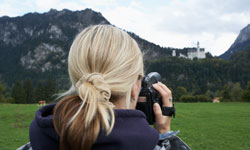