by Joy H. Montgomery
Prev NEXT
7

On the outskirts of Ho Chi Minh City, there is a complex tunnel system that stretches for more than 120 miles (193 kilometers) and is unlike any tunnel ever built. It took the Vietnamese more than 20 years to complete the Cu Chi tunnels, with locals using small tools and their bare hands to dig them. During the Vietnam War, these tiny passageways became an underground city for the Viet Cong and citizens seeking shelter from bomb raids. Outfitted with living quarters, the tunnels were where the Viet Cong ate, slept, took cover and carried out attacks on U.S. forces, and they proved to be a major source of consternation for American troops.

The tunnels were once so small that soldiers had to crawl on their stomachs to traverse the complicated passageways. Now, they've been widened for visitors, but you'll still have to crawl on your knees in order to navigate through the system. The Cu Chi Tunnels are a considered a must-see attraction for anyone visiting Vietnam, but some question if it's appropriate for concession stands and souvenir shops to be set up where so many Vietnamese lost their lives. 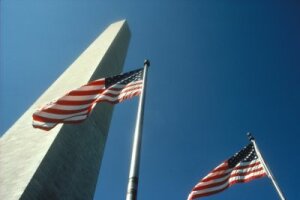