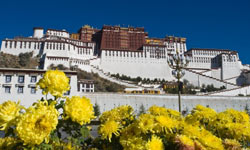 Some controversial sites, such as Potala Palace, were once considered hallowed ground. See more pictures of famous landmarks.
© iStockphoto.com/helovi

What do Al Capone, John F. Kennedy and the Dalai Lama have in common? They're all at the center of some of the most legendary -- and controversial -- places in the world. Spots like these may be contentious for a number of reasons. Many spiritual sites, such as the Dalai Lama's Potala Palace, were once considered hallowed ground or were off-limits to tourists, but now they're thriving attractions for travelers. Other destinations spark debate simply because they've been home to controversial events. Still others are places where thousands of people have died -- in war, genocide or acts of terrorism -- and where millions of visitors now travel to catch a glimpse of what remains.

There's no question that many people have a morbid fascination with historical tragedies or sacred places, and while the United States has its fair share of notorious locations to visit, you'd have to take a trip around the world to hit the most infamous of the bunch. Keep reading to count down 10 of the most controversial historical places in the world.