by Sarah Winkler
Prev NEXT
6 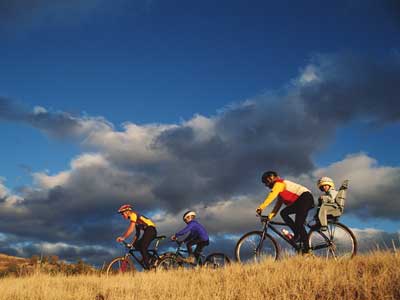 Durango, Colo., 340 miles (547 km) southwest of Denver, offers pretty much everything an outdoors lover could ask for in a hometown. The Rockies provide an ideal setting for hiking, skiing, mountain biking and ice climbing. Due to the landscape and strong Native American influences in the area, the lowlands around Durango will remind you of the American Southwest. Surrounded by the San Juan Mountains, Durango is 35 miles (56 km) from Mesa Verde National Park, where you can check out the ruins of the Anasazai, an ancient Pueblo people who built apartment-like homes featuring kivas -- underground rooms used for religious ceremonies.

You're likely to become an outdoor expert if you live in Durango. With an elevation of about 6,500 feet (1,981 m), mountain sports and hiking are perfectly suited for Durango's terrain. You can canoe, raft or kayak through canyons, or climb on the sandstone at East Animas. With the Animas River running right through the downtown area, Durango is indeed an outdoor mecca; the inaugural Mountain Bike World Championship was held here in 1990. You can also hike or bike on the Colorado Trail, stretching 500 miles (804 km) from Denver to Durango. This trail features mountain ranges that rise to over 13,000 feet (3,962 m), and it's easy to access from the town, right in the backyard of beautiful Durango.

While many other western outdoorsy hotspots have grown tremendously in recent years, causing suburban sprawl, Durango's population of 15,000 hasn't changed much in the last 10 years. However, new condominium developments might bring about an increase in population. But this isn't necessarily a bad thing. Since the median home price is at about the half-million mark, this development will introduce more affordable housing, an important factor for those working in outdoor industries.